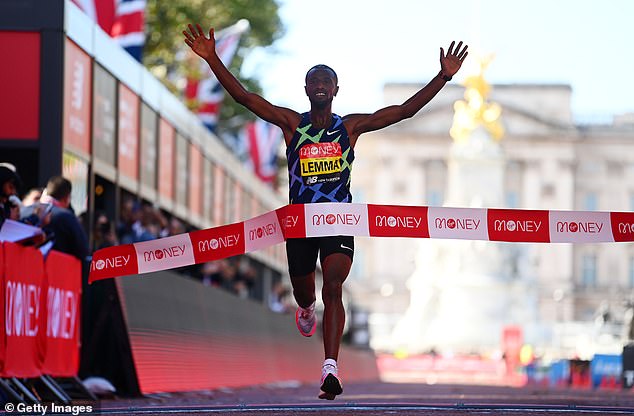 
Ethiopia’s Sisay Lemma wins the men’s London Marathon however is NOT allowed to step on the rostrum after Covid scare, with his agent taking his place… as Kenya’s Joyciline Jepkosgei clinches girls’s race on her debut

The males’s race on the London Marathon concluded in weird scenes on Sunday as Sisay Lemma claimed the title and was then prevented from standing on the rostrum as a Covid precaution.

It emerged the Ethiopian had been deemed a contact of his countryman, Kinde Atanaw, who withdrew after testing constructive for the virus on Saturday.

It is known Lemma didn’t spend enough time in Atanaw’s firm on their constitution flight to London to necessitate his personal elimination from the race, which he went on to win in 2hr 04min 01sec. 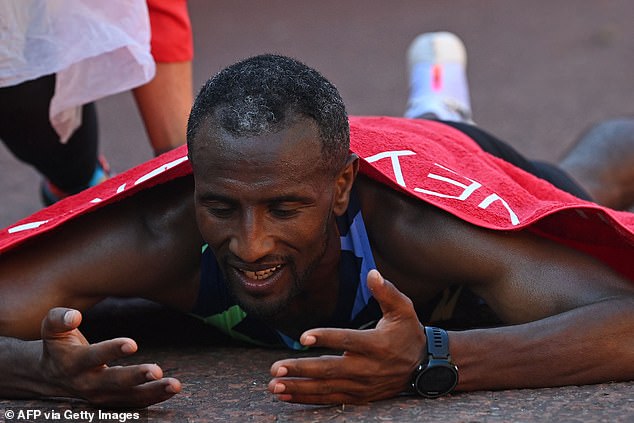 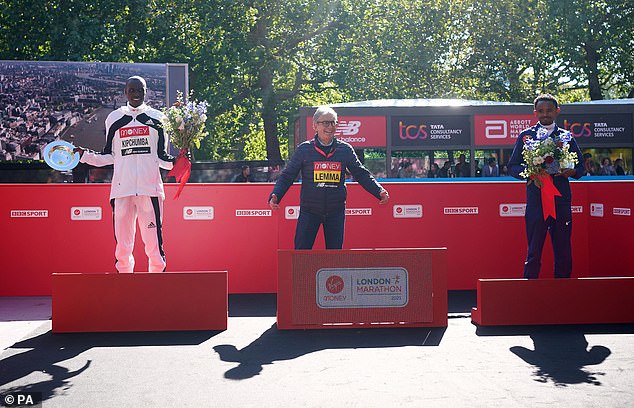 However, he was promptly informed to return to his resort as a ‘precaution’, with his agent Gianni Demadonna standing in for footage with the trophy on the rostrum.

A London Marathon assertion learn: ‘As announced last night, Atanaw failed a Covid-19 test and was withdrawn from the race.

‘Following contact tracing, all other athletes had been cleared to race. Lemma and the two other athletes tested negative in daily rapid molecular Covid-19 tests this morning prior to the race.’ 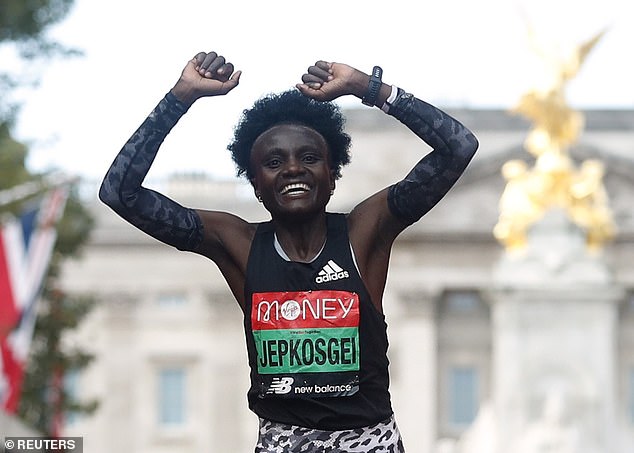 Kenya’s Joyciline Jepkosgei was victorious on her debut on the race with a  time of 2:17.43 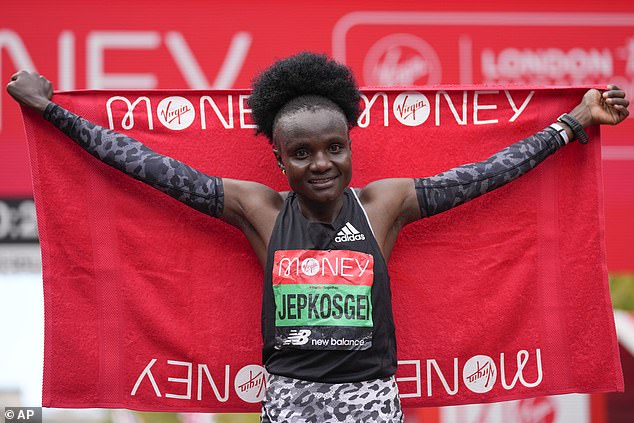